Today we have a treat folks from a very talented writer friend of mine (and the reason I am doing a foreword is because she is afraid of the Blogger Dashboard ~ Wordpress People ~ *eyeroll*) The treat in all of this is she is going to give a wonderful "birds eye" view of spousal support from the mind of a writer. I fortunately got to read it first but you really can't miss this one ..

There’s something wrong with me. Well yes, that’s no big revelation – we already knew that; but there is definitely something a little ‘off’ with the way I learn new things.

When I was a youngster, I just wouldn't be told. I suppose I always had a touch of arrogance about me and in my warped mind, I liked assure myself that I was good at most things. Even if I wasn’t. Even if I knew I wasn’t. I was a fairly middle-of-the-road student and only really excelled in classes like English and…well, not much else - so teachers were going to have to correct me from time to time. But I just didn’t want to hear it. I was the second youngest of six kids and right from the get-go, I always wanted to make my own mistakes (not the mistakes my elder sisters and brother had already undergone; it had to be my own mistake). Which was stupid really, because I didn’t like making mistakes then, and I don’t like making them now.

Unfortunately, I haven’t changed much. I think if I'm honest, I don’t take criticism well. Be it overly-harsh criticism or well-meaning constructive criticism. Even just a hint of criticism and my eyes automatically start to narrow, my eyebrow arches, my blood pressure starts to rise and I can’t help but take umbrage. So taking up writing as a serious hobby was a bloody stupid thing to do. Criticism just comes with the territory. Even if you’re a particularly talented writer, somebody is going to take issue with something - and you just have to be able to roll with it.

The trouble is, I don’t ‘roll with it’ terribly well. I recently read a piece by a writer who had received a mildly critical review of his book after receiving nothing but five star reviews prior to this. And the stoical way he took it on the chin completely blew me away. He insinuated that the reviews he’d had before were maybe not as thorough as this new review and he simply took it upon himself to go back and rethink the points under scrutiny. Jeez, why can’t I be like that? How much easier would my life be if criticism didn’t affect me in a negative way? If I could only just see it as a constructive thing that could help make something that was already fundamentally good even better.

Last year, I felt ready to publish my book which I’d been slaving over for nearly ten years. I asked my husband to read it through to see if there was anything that particularly jarred or seemed implausible etc., etc. I know my husband very well; I know his likes and his dislikes, so I warned him from the outset that the book was unlikely to be his cup of tea. If I had to sum it up, the novel is probably contemporary women’s fiction (I don’t really like to label it chick-lit [although it may well be] because there’s something a little derogatory about that category) but it’s fiction primarily for women – romantic and hopefully amusing in nature. But I assured him he wasn’t my target audience as there was no senseless killing or unnecessary violence in my novel so it was unlikely to be his chosen genre. I just wanted another eye to look over it that wasn’t mine, really. Well, let’s just say the simple favour didn’t go very well.

Firstly, he took three months to read just one third of the book. He was nagged (by me) on a nightly basis to read some more; since, now the decision had been made to publish, I just damned well wanted to get on with it! His initial complaints were mainly based around the fact that he didn’t particularly like reading. Okay, I thought, that’s fine – but just read this. But the excuses continued. So after much nagging (by me), he read more; he made corrections – sometimes in the flow of narrative, sometimes more basic errors that the spell-checker or grammar-checker hadn't picked up on. I was fine with that. Then he picked up on a few discrepancies. And I didn’t particularly like hearing this because it just made me cross with myself that I hadn't noticed the errors before (you see, I don’t like to be told). But I didn’t argue because I knew he was right and I knew the corrections would improve the book. So I set about changing what needed to be changed. But more and more time passed by without him picking up the manuscript again and eventually there was an almighty row. It transpired he didn’t really like the book, he loathed the male protagonist, he didn’t think he was the best person to read the book as some things can ‘test’ a marriage (and that was one of them!). And by mutual consent, at less than half-way through, he stopped reading.
So I thought, ‘to hell with it’ (actually, I thought something far more unsavoury than that but there may be children reading this, so I won’t labour the point), I’m going to edit it entirely myself! Which is what I did.

Now, I always like there to be a moral at the end of every story, and sometimes there isn’t really an obvious one. I love my husband very much and he’s a great person to go to in a crisis. But my advice to you? Don’t ask your spouse to pass a critical eye over ‘your baby’, because if you don’t like what you hear, the arguments that will ensue aren’t really worth the strain on your relationship. And if you've read my book or one of my blog entries, you may be thinking, ‘oh pants! She can’t take criticism, what am I supposed to tell her?’. Well, I’ve learned a lot in this past year and I can take criticism; I may not like it especially, but I can take it. If your advice would make my work better, then of course I’m going to heed it and make all the necessary changes. And if I don’t agree, then I’ll probably just ignore you (smile and wave, Adele, smile and wave). But when push comes to shove, it would just be better if that advice didn’t come from somebody I'm married to…

Disclaimer:- No husbands were hurt in the making of this blog. 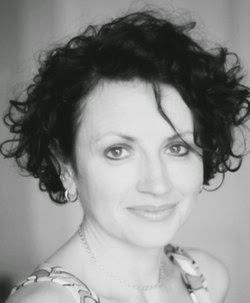 Adele Archer was born in East London in the 1970's, the second youngest of six children. Growing up in a council flat in not the most salubrious part of town, she was always a dreamer - and her imagination was the best escape of all. Adele was writing books from the age of eleven - but inventing stories in her head long before that.
Adele spent the majority of her working life as a trained nurse but decided that writing novels could no longer just be a secret hobby. Life was too short for 'if only's'.
Her first novel, 'International Relations' was released in 2015. Adele writes contemporary women's fiction with an amusing (albeit slightly bitter) take on life and romance. She writes for strong, witty women who want to read about strong, witty women (but witty men would also LOVE it!).

Adele now resides in the West Country with her wonderful husband and two amazing daughters. In her spare time, she writes songs and sings, reads voraciously and crams in as many period/costume drama shows as her long-suffering family will allow. She would wear a bustle and a bonnet on a daily basis if she could...